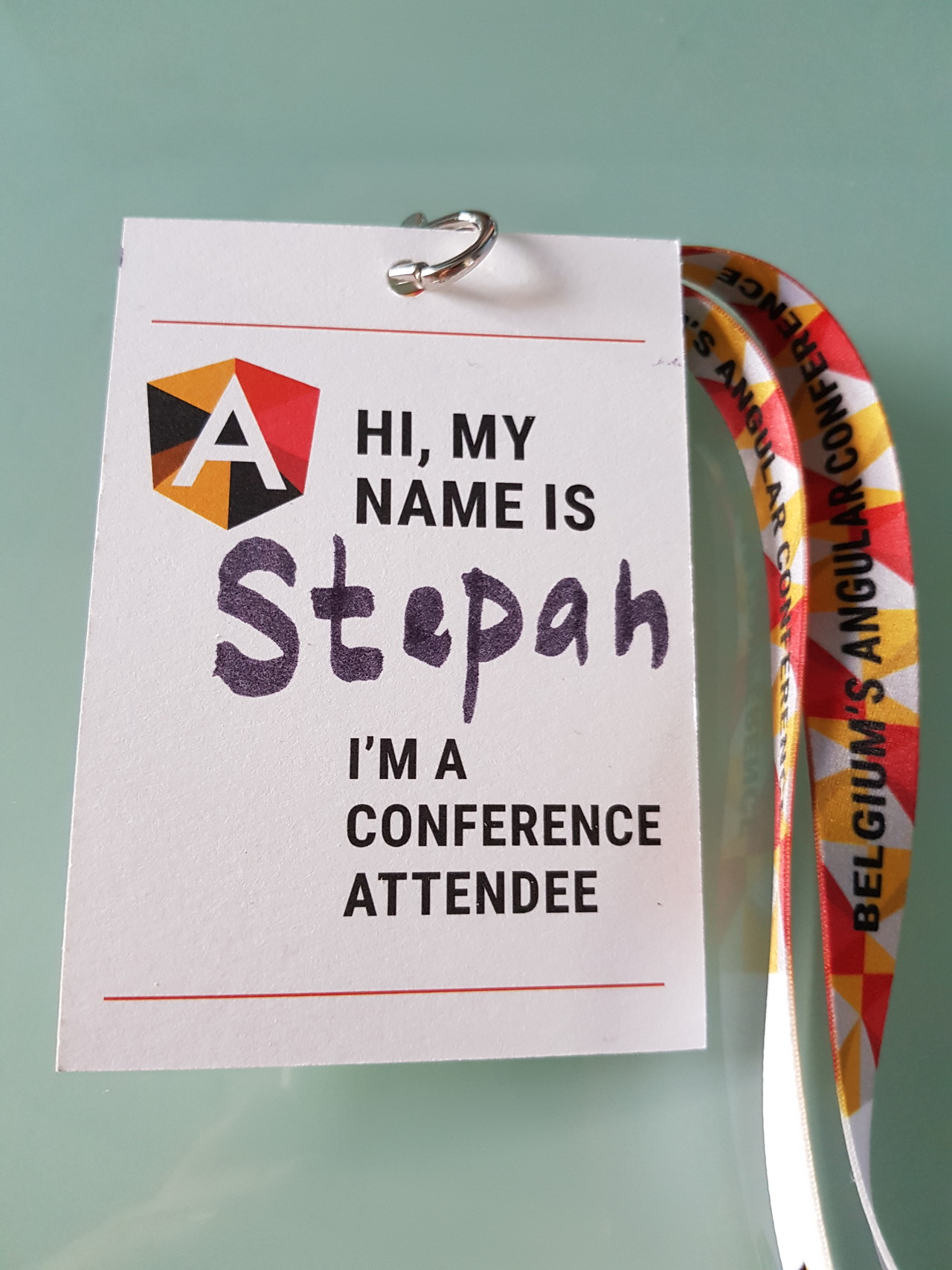 Why do we need it? It’s still tricky to use Angular outside of Angular applications for:

WebComponents could help to achieve this. Then Pascal made a quick introduction of main parts of web components: templates, html imports, shadow DOM and custom elements:

and then it was a life coding with Hello World and Material Components examples.

P.S.: 2 or 3  years ago we have implemented the same concept for AngularJs, React and Backbone wrapped into CustomElements, you can check it here.

Uri did a lot of life coding from scratch.

I think he wanted to show what is required when building a (universal) Angular app from scratch.

But after it was something really nice:

We used Fuse-Box instead of webpack and I was impressed by the speed of recompilation.

We integrated Angular Universal rendering, but not for server-side prerendering, but only for first compilation to provide page immediately. So server-side rendering without a server. I like the idea, but unfortunately not very useful when your data is constantly updating and you have routes.

It’s great that question that I asked Igor Minar previous ng-be now was represented in such a detailed way by Juri.

After Juri recommended some nice tools to automate the process:

and ready package managers to do all the work:

First Vincent explained what regular compiler does, and it:

TS is doing quite the same:

What else we can do with AST?

Some nice tools to check:

I think the main thing of that presentation was

@ngbeconf @vogloblinsky inspires to use #Typescript not only like a "backbox" tool but also like a library.

Philippe never ceases to amaze me by uncovering hidden parts of obvious (from the first look) topic – sessions.

The talk was divided into 3 parts:

The whole Maxim’s presentation I had a feeling that I’m watching a video on x2 speed.

Starting from angular-cli 1.6 you can create your Angular application with ServiceWorkers by one command:

Unfortunately, you cannot use webpack dev server, so you need to build it first:

and then run with a static web server on dist folder (I use http-server for it):

still does not work with ng-cli server :(

and lot of life coding with Interceptors…

Aimee Knight – Pulling Back the Curtains From Your Stylesheets (video)

…lots of text on slides that had been just read…

Asim Hussain – How to hack an Angular app? (video, slides)

How to think reactively?

Some information about VR and AR.

Switch ngZone for all project (not to run for each rendering)- now possible with ng5: